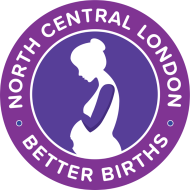 I’m working on an exciting new project called ‘Better Births’ which aims to improve maternity services in England. I’m one of fifteen mums in north-central London who have been recruited to find out what women and families need and want from antenatal, birth, and postnatal care.

I’m working as part of the Haringey team and we need to talk to a range of people in the local community to gather their views and suggestions. We’ve been trained in participatory action research methods in order to engage with parents in a dynamic and interactive way and to hear their voice, stories, and opinions more directly.

So far, it’s been a fascinating project to be involved in. The group of fifteen mums alone are an inspiring and powerful group of women to be working alongside. We all have such diverse and different backgrounds, vary in age and ethnicity, speak multiple languages, and have children of all ages. The one thing we all have in common is that we gave birth in one of the hospitals covered in the north-central London Better Births remit. Hearing their birth stories and journey into motherhood has been a fascinating and eye-opening experience in itself.

Out in the field, it’s been just as fascinating. It’s been a privilege to hear parents talk about one of the most life-transforming moments of their life. It’s also very hard to hear about traumatic experiences, when events didn’t go to plan, or when mums have been discriminated against or mistreated in some way. But it’s good to know this is exactly what the research aims to address and that the data we gather will help tackle these issues.

The project is a perfect match of my research background, interest in motherhood, and keenness to engage with the local community. It’s great to be working on a project where the commissioners are eager to hear the data and feedback (almost in real time) and want to implement change, which will ultimately have a positive impact on one of the most memorable events in a person’s life. It’s a refreshing contrast to the constraints of academia where the research takes years to be printed, is behind an expensive paywall, that nobody reads or engages with. I look forward to seeing how the next few months unfold and where the project goes. 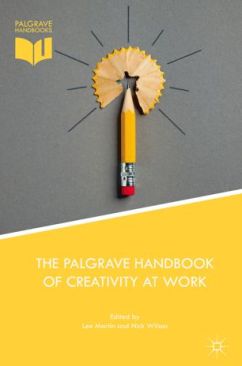 I’m pleased to announce my book chapter ‘Embedding an Everyday Culture of Creativity: Making Creativity Work in a University Context’ has just been published. It’s a contribution to the book The Palgrave Handbook of Creativity at Work.

The chapter explores the challenges of nurturing and maintaining creativity in the increasingly neoliberal world of UK higher education. It draws on empirical research through a case study at a London-based university. We found that freedom, trust/permission, risk-taking, and communication are the key factors that influence creativity in a work environment.

Universities are often thought of as creative institutions that promote idea generation, learning, and new and valuable thinking. However, the dominant mode of neoliberal economic rationality in the UK, with its increasing emphasis on student numbers, league tables, assessment, and performance, casts such perceived wisdom in doubt. Against this backdrop, in this chapter, we report on an “innovation project” that was undertaken during 2015–2016 within a UK-based university, which had the aim of embedding a sustainable “everyday culture of creativity” through trialling a programme of creative interventions. Our findings explore challenges encountered, including the dilemma of fostering creativity while not allowing it to become instrumentalized for goal-driven purposes. We highlight the significance of freedom, trust/permission, risk-taking, and communication as creativity enablers. The chapter concludes with key recommendations for “making creativity work” in a university setting.

My publisher Routledge are running a promotional offer where you can access and read my entire book Hip Hop Authenticity and the London Scene for free (RRP £110) for an entire month.

This link will take you to the whole book (enhanced pdf format and mobile friendly): http://rdcu.be/tPj4

I hope this initiative attracts readers and students who can’t afford the book and they enjoy reading it.

Feel free to share the link more widely while it is live.

As I look over my final proofs and await the release date of my book Hip-Hop Authenticity and the London Scene, I’ve been reflecting on the process of writing and publishing an academic book. As a first-time monograph author, this has all been new to me so I thought I’d outline the entire process and share the insights I’ve gained so others can learn from my mistakes.

The main point to take away from all this is that the entire process is an extremely long and complex one. It is now two years since I first emailed my proposal to Routledge to my book being in press. There can be months of seemingly nothing happening and then suddenly an email arrives with a demanding deadline. What can be frustrating is always meeting your various deadlines and then silence for ages the other end. Your editor, peer-reviewers, copy-editors, and type-setters are busy behind the scenes but if you don’t know how publishing works, it can seem like the project isn’t moving forward. Unfortunately my book release date has been pushed back three times now despite my punctual meeting of deadlines so be prepared for potential delays and setbacks and don’t advertise your ‘release date’ too prematurely as it might change.

Another point to bear in mind that I didn’t realise is the extent of what you do yourself in academic publishing: writing the copy that will be used to sell the book, composing the index, organising your own book launch if you’re having one, and promoting and flogging the volume yourself. I’ve really struggled with the self-promotion because I’m so embarrassed my book has a hefty price tag of £90. You have to get over this pretty quickly as a first-time author if you want your book to be widely read.

The publishing process can vary substantially from publisher to publisher but the above is based on my experience. I’ve found these articles on academic publishing provide useful perspectives too:

I’m excited to announce the project I’ve been working on over the past year called 33,000 Everyday Artists at King’s College London has been nominated for a King’s Award in Innovation and Impact. It’s great that the project has received the recognition it deserves. We find out whether we’ve won in November.

Here’s some information on how the project fits the award’s criteria:

An innovative and cost effective initiative which benefits others

33,000 Everyday Artists, a collaboration between the Cultural Institute, 64 Million Artists and researchers Dr Nick Wilson and Dr Laura Speers (CMCI), sought to recognise and realise the creative potential of all 33,000 students, staff and academics who comprise King’s. By utilising a digital artwork where participants shared their passions and hobbies, and a month of daily creative challenges, the project aimed to embed creativity in everyday work and study life. The project was inclusive by engaging all faculties, across all five campuses, and was free to participate in. The research conducted alongside the project has produced a report that addresses the individual and institutional barriers to creativity at work.

A positive impact on the university’s reputation internally or externally

By drawing attention to both the need for, and the challenges of nurturing, an everyday culture of creativity, the project has had a positive impact across many of the diverse constituent departments that comprise King’s. As one respondent put it: ‘It was great seeing the diversity of interests and passions around KCL. Everyone has a story!’ Discussions are underway with the Student Education Directorate and Organisational Development about bringing a more localised and tailored version of the initiative to specific segments of King’s. The project has also gained traction outside King’s, including coverage in the leading arts magazine Arts Professional.

I’m very pleased to announce that this week I submitted my book manuscript entitled Hip-Hop Authenticity and the London Scene. The book is based on my PhD research which looked at the struggles artists in the London hip-hop scene negotiate in order to ‘keep it real’.

The book is published with Routledge and if all goes smoothly will be out at the end of the year (2016). You can pre-order it on Amazon here.

This blurb tells you a bit more about the book:

This book explores the highly-valued, and often highly-charged, ideal of authenticity in hip-hop — what it is, why it is important, and how it affects the day-to-day life of rap artists. By analyzing the practices, identities, and struggles that shape the lives of rappers in the London scene, the study exposes the strategies and tactics that hip-hop practitioners engage in to negotiate authenticity on an everyday basis. In-depth interviews and fieldwork provide insight into the nature of authenticity in global hip-hop, and the dynamics of cultural appropriation, globalization, marketization, and digitization through a combined set of ethnographic, theoretical, and cultural analysis.

The volume provides a much-needed intervention in popular music debates where authenticity is predominantly theorized as either essentialist or socially constructivist in nature. Based on an empirically-driven analysis, Speers redefines authenticity as an emergent human capacity, produced through situated practices, in a changing world. This advances the discussion in the field beyond static, discursive, or imagined notions of authenticity, which has considerable implications beyond the case study of London. Despite growing attention to authenticity in popular music, this book is the first to offer a comprehensive theoretical model explaining the reflexive approaches hip-hop artists adopt to ‘live out’ authenticity in everyday life.

I’m currently a researcher for an exciting initiative called ‘33,000 Everyday Artists‘ based at King’s College London and funded by the King’s Cultural Institute.

I wrote this blog piece for the 33,000 Everyday Artists ‘digital artwork‘ about the research side of the project:

Is it possible to embed ‘an everyday culture of creativity’ in a huge institution like King’s? Two researchers from the department of Culture, Media and Creative Industries are finding out.

33,000 Everyday Artists is a project led by Jo Hunter and David Micklem from 64 Million Artists. They have one ambition: to recognize and realize the creative potential of every person in this country. Jo and David are resident at King’s for 7 months to harness and celebrate the 33,000 students, staff and academics who make up the five campuses of King’s.

This exciting experiment about bringing change to the culture of King’s presents an interesting research case study. It raises all sorts of important questions such as: How can we develop a space for play? Who gives permission for it? What would need to change (at the level of the institution – i.e. procedures, rules, norms etc.)? Would it be different in different parts of the university?

The research element of the project is in two phases – the first of which ran from September to December 2015. This explored the already existing culture of King’s, what the features of an everyday culture of creativity might include, and the process that it is required to get such an ambitious initiative off the ground.

The second phase, running from January to March 2016, is questioning how and in what ways creativity and a play space can be developed and embedded in an institution such as King’s.

To read more about the research focus of this experiment, you can follow the ‘sketchbook’ research blog here: https://sketchbookeverydayartists.wordpress.com/